Don’t let the name fool you, Vatos is not just a Taco place. It’s also not especially cheap, by most of Korea’s dining standards, but any type of western food tends to be on the higher end of the price range – unless, of course, it’s chain fast food. On the whole, I’d say Vatos is equivalent in price to a more up-scale restaurant in England, so not your average wetherspoons type pricing, but not break-the-bank.

Regardless, since my friend Matilda has started waiting tables there, I have been dying to go. Not only because she sings its praises about how lovely it is to work there – always a good sign – but because she and I think almost all of the other waiting staff dine there. And what’s a better advertisement for a restaurant than having your own staff actually eat at your establishment. (It’s incredibly telling when they don’t, to be honest.) So when she suggested we eat there and that we wouldn’t have to wait forever because she’d be on the table-list – Vatos is incredibly popular, just an fyi – I practically tripped over my own wedge heels in glee. 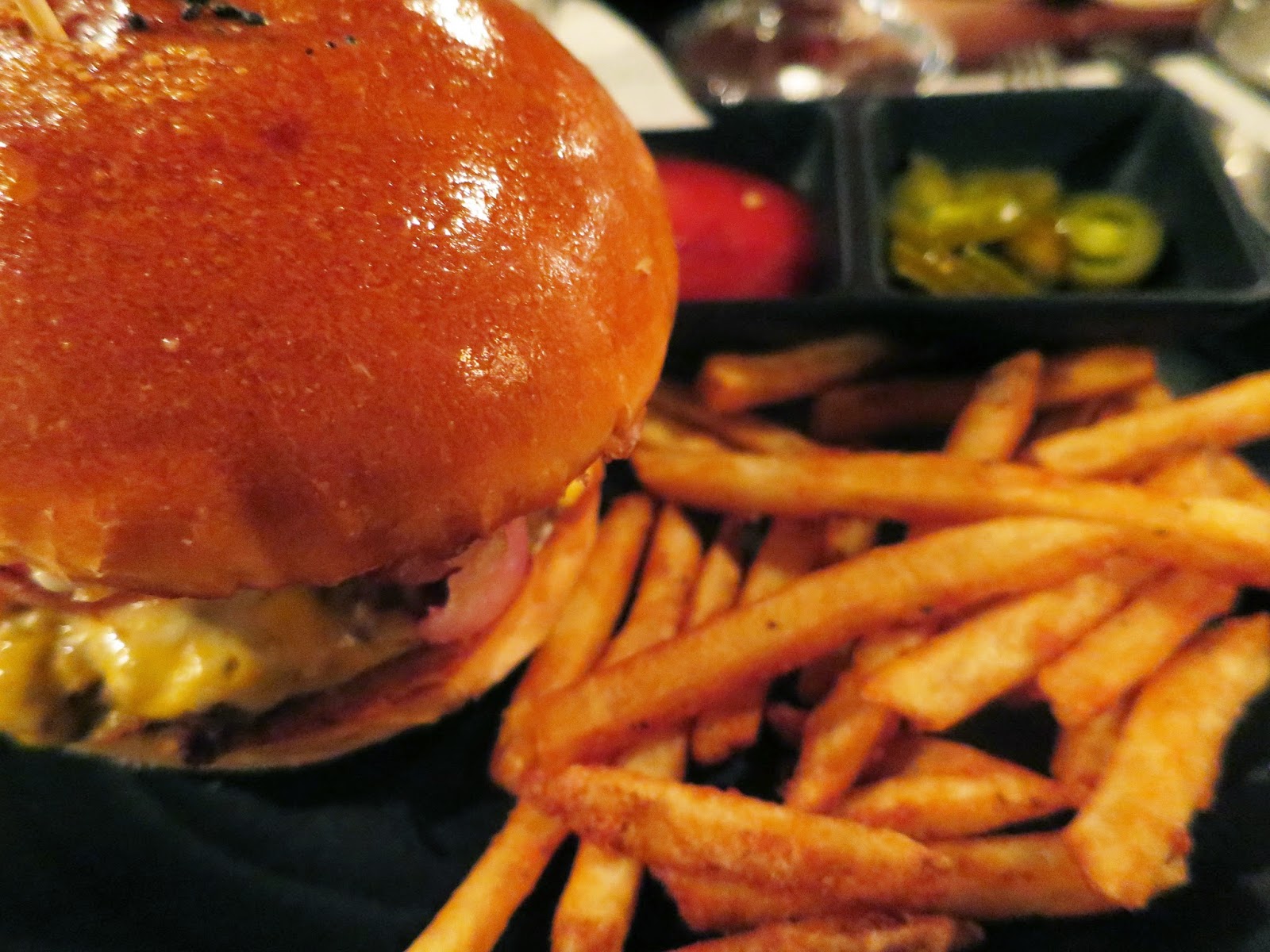 One of the two of us is almost always running just a smidge late, so we ended up taking a taxi to the Itaewon branch rather than the subway. The taxi cost us approximately 6500w from Sinchon, but if you want to take the subway Vatos is closest to Itaewon exit 1 – you come out of the exit, walk about 200 metres or so and it’s up the rather steep incline on your right. You’ll know you’ve hit the right place by either the sign or the queue.

The atmosphere of the restaurant is really quite lovely. It’s all open plan (apart from the toilets and the kitchen area, although you can see the kitchen over the pass), and the tables are situated quite close together – which initially I thought would be a problem as you can lose your conversation to the sound of everyone elses. However I was proved wrong, even at peak evening time.

Considering I wasn’t particularly in a taco mood, I was worrying in the taxi that there wouldn’t be much choice, but Matilda had assured me that it wasn’t solely a Taco restaurant and one glance at the menu certainly put a halt to any more worrying. In fact it posed the whole new problem of choice. Vatos offers a range of starters,  salads, sides, burritos, burgers, quesadillas, and, of course, urban tacos. Also on the menu are desserts, cider cocktails and other beverages. Seeing as the staff dine at Vatos, if you’re stuck for what to order, ask your waiter or waitress what they recommend – almost always they’ll have a favourite, or at least some insight depending on your own tastes.

We both decided to order burgers. Matilda took the Sid and I took the Longhorn and for drinks we shared a huge strawberry margarita with hunters dry cider, more affectionately known as the Sexy Sanchez. 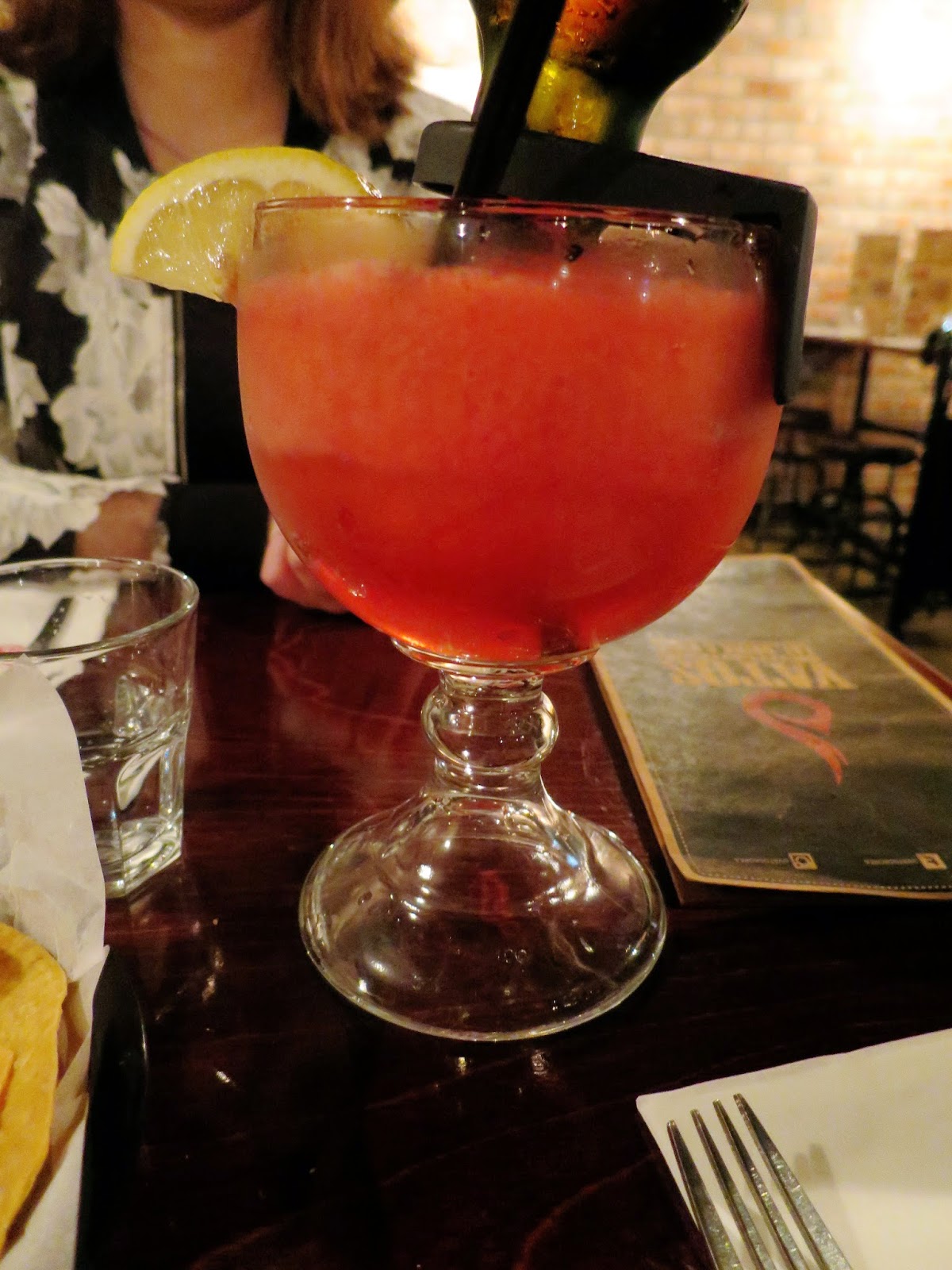 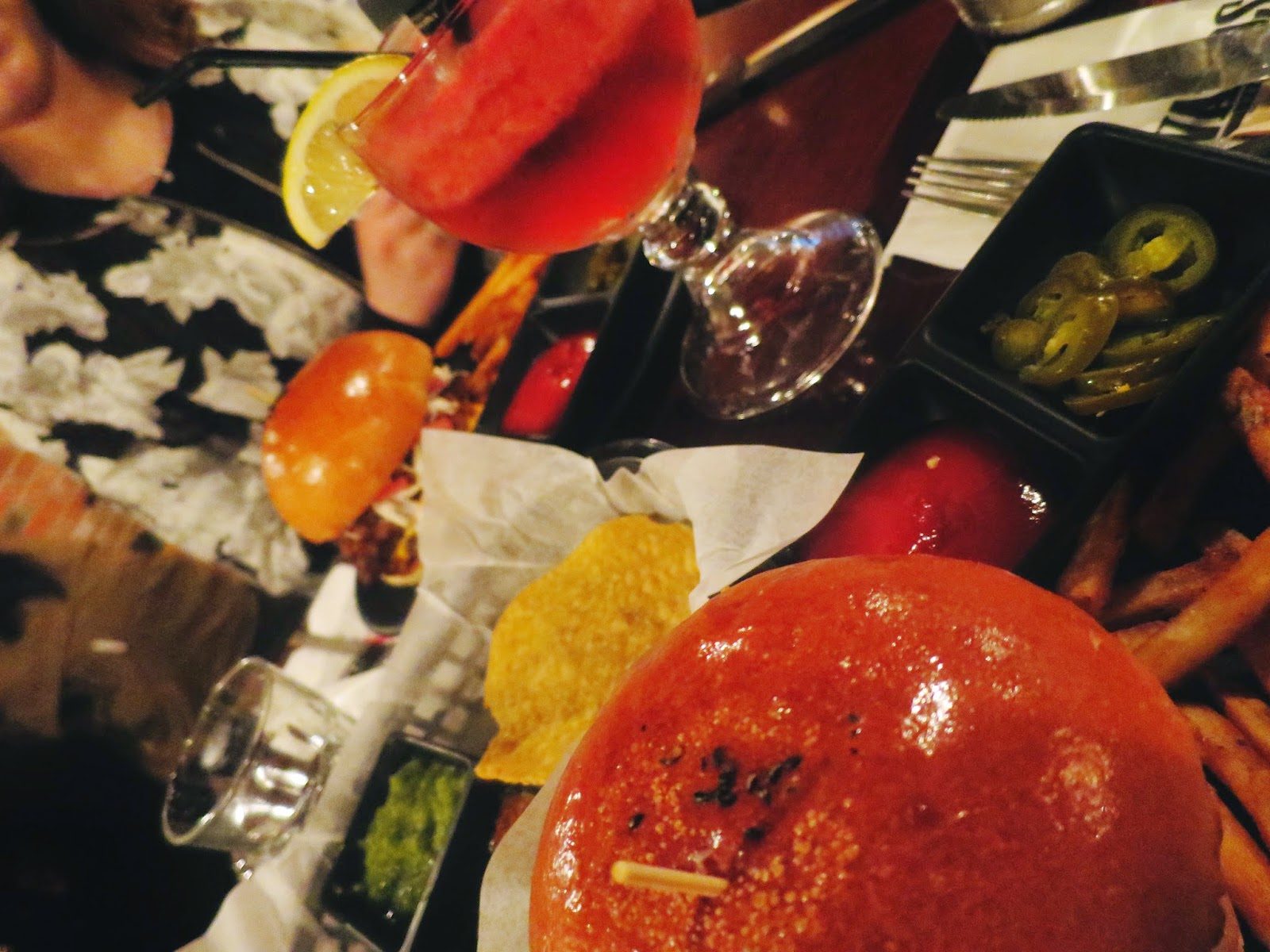 Quite a formidable amount of food there, in all fairness. The Longhorn burger boasted an ‘all-beef patty, beer battered onion rings, cheddar cheese, garlic horseradish mayo and maple bacon lathered in home-made BBQ sauce’. For someone as tiny as myself, I like to think that a decent attempt was made to eat it all, but my stomach was just not large enough to put it all away, much to my utter despair. Vatos do not scrimp on taste, aka you do indeed get what you pay for. (Give me a longhorn to try and finish any day over a Burger King). The Sid, should you want to take that route to the inevitable food coma instead, is described as having: an all-beef atty topped with original BBQ pulled pork carnitas, apple coleslaw, sweet pickled red onions and jalapenos.

As well as absolutely delicious food, bonus points go to Vatos for hiring such lovely and attentive staff. And I’m not just saying that because I have a friend on the team – I genuinely mean it. They’re all incredibly enthusiastic and smiley and make you feel incredibly welcome, which makes for a wonderful eating environment.

If you can’t tell already, I truly enjoyed my trip to Vatos, and if you’re in the area (aka Seoul), you should really check it out if you have the time. I plan to at least try a good fifth of the menu before I have to board a plane back home, and when I come back to South Korea, if they’re hiring I am sending in an application so fast you won’t be able to say vatos.

If you do take a trip to the Itaewon branch, say hi to Matilda for me if you see her (tell her you read it here or something so you don’t scare her~ eheh).