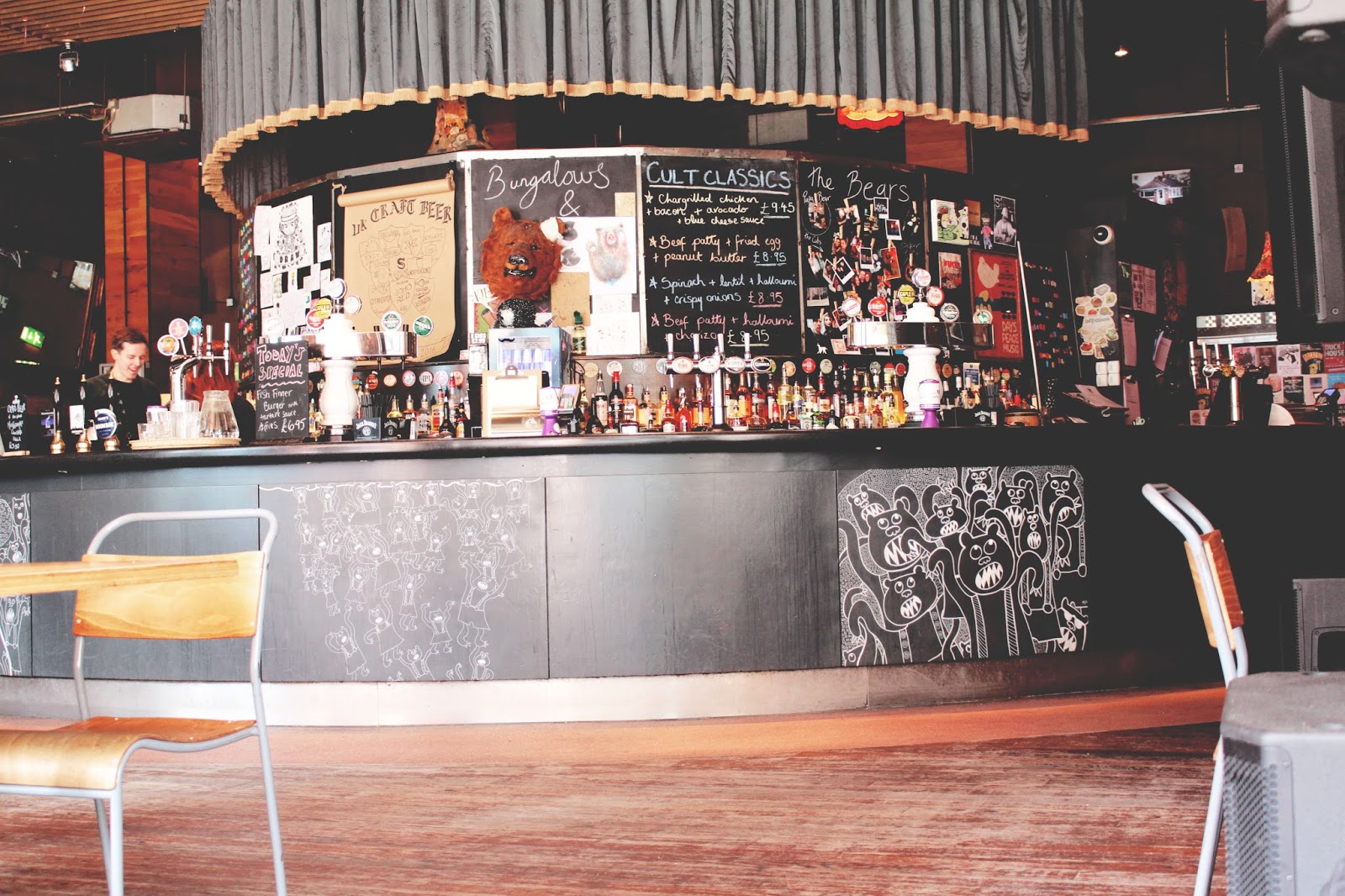 As graduation, and thus the end of my life in Sheffield draws ever closer, I’m finding that staying and eating in is making me more frustrated than usual. I guess it’s the feeling of time running out, away from me down some super steep hill that I’ve just climbed all the way up, laughing like one of those creepy horror movie children. I’m trying desperately to fit in a load of new whilst slogging away with essays and revision and the D word – it’s hard tbh. Sheffield has a load of really great spots to grab a coffee or lunch or pint.

(Though I’m not a fan of coffee or pints.)

Bungalows and Bears is one of those places that I’ve meant to go in since first year… and have always been uh, somewhat intimidated by. No clue why, really, maybe it’s something to do with the witty chalkboard art or the sheer size of the place (it’s pretty huge), but I’m glad I have. 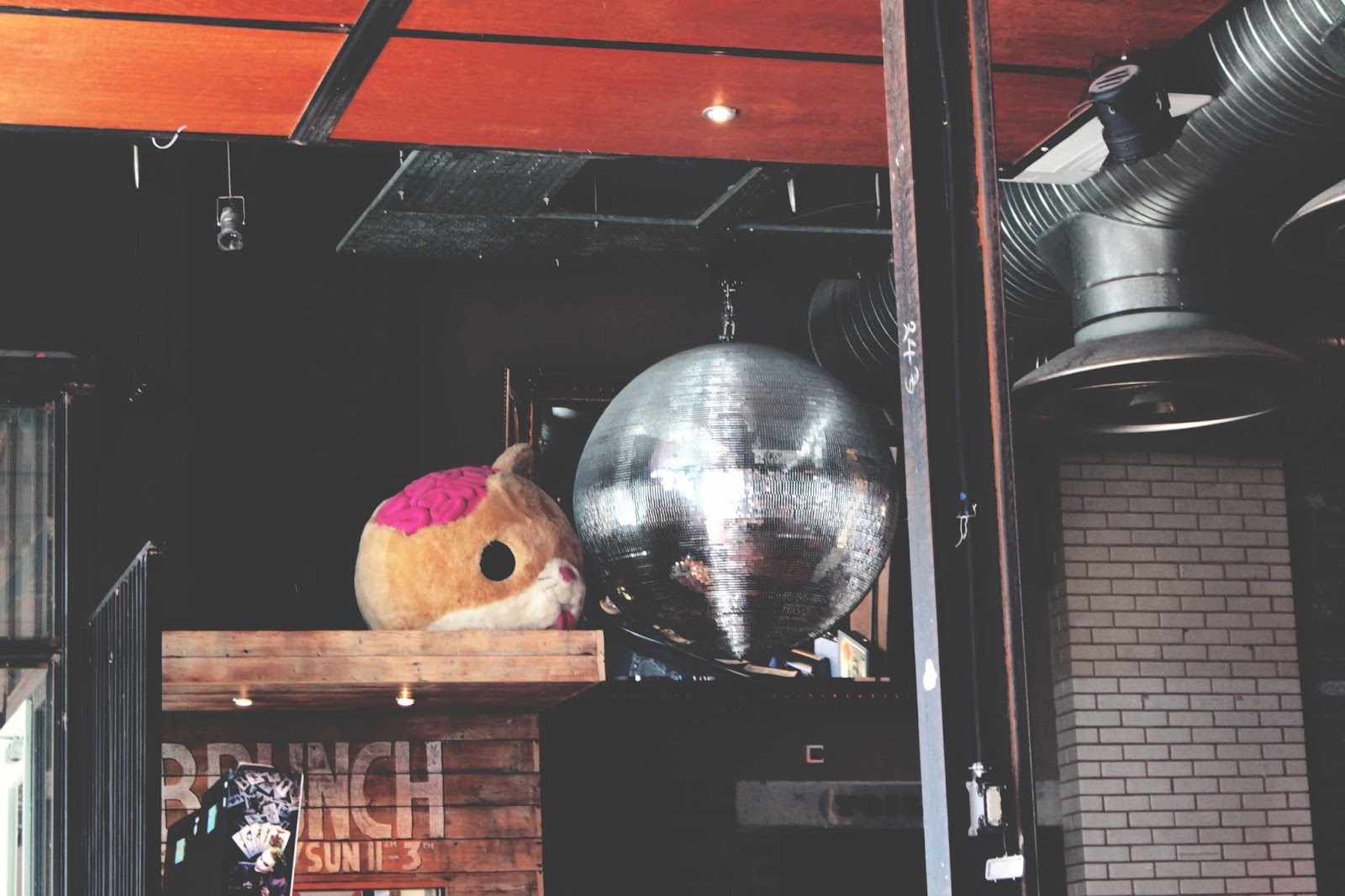 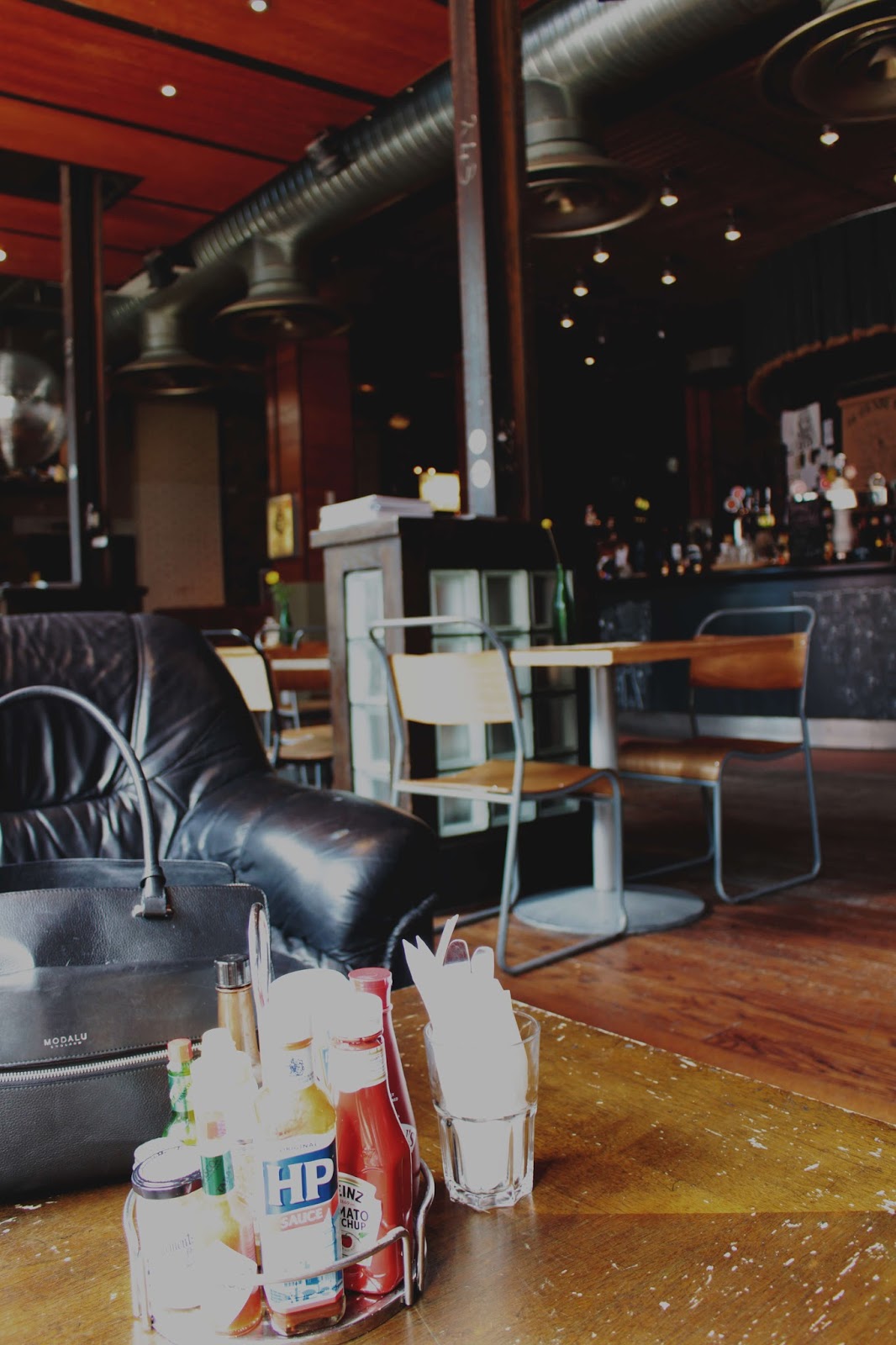 Sheffield has it’s definite ‘hipster’ scene, indie haunts and vintage shops, rustic interiors and quirky lil’ charms. I’ll be really, genuinely sad to not be able to chill in some of these places once I leave, def gonna have to find equivalents wherever I end up. Nostalgia aside, Chantel and I ended up in Bungalows and Bears as a second option (soz) because the queue outside Lucky Fox was ridic and I had to be at a show fitting for 4. Hectic liiiife.

It was a very happy second choice though, Chantel loves mac n’ cheese, and I’d seen that Bungalows & Bears had rolled out a Korean street food inspired menu, and I miss Korean food so much it hurts sometimes, so obviously had to check it out. And with the sun shining outside and the windows open it was a really nice spot to relax and eat fooood and mess around with cameras. Perfect afternoon. 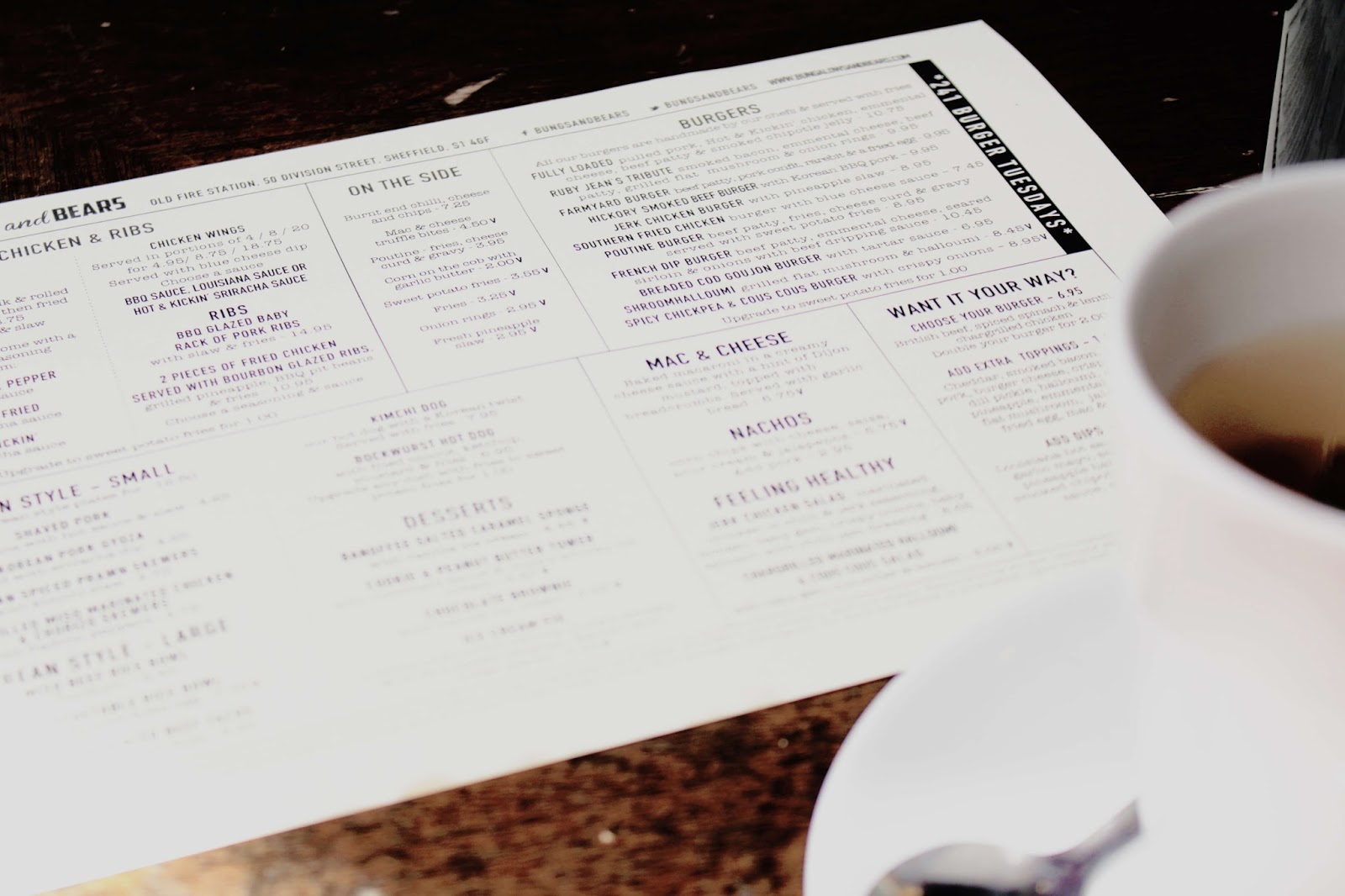 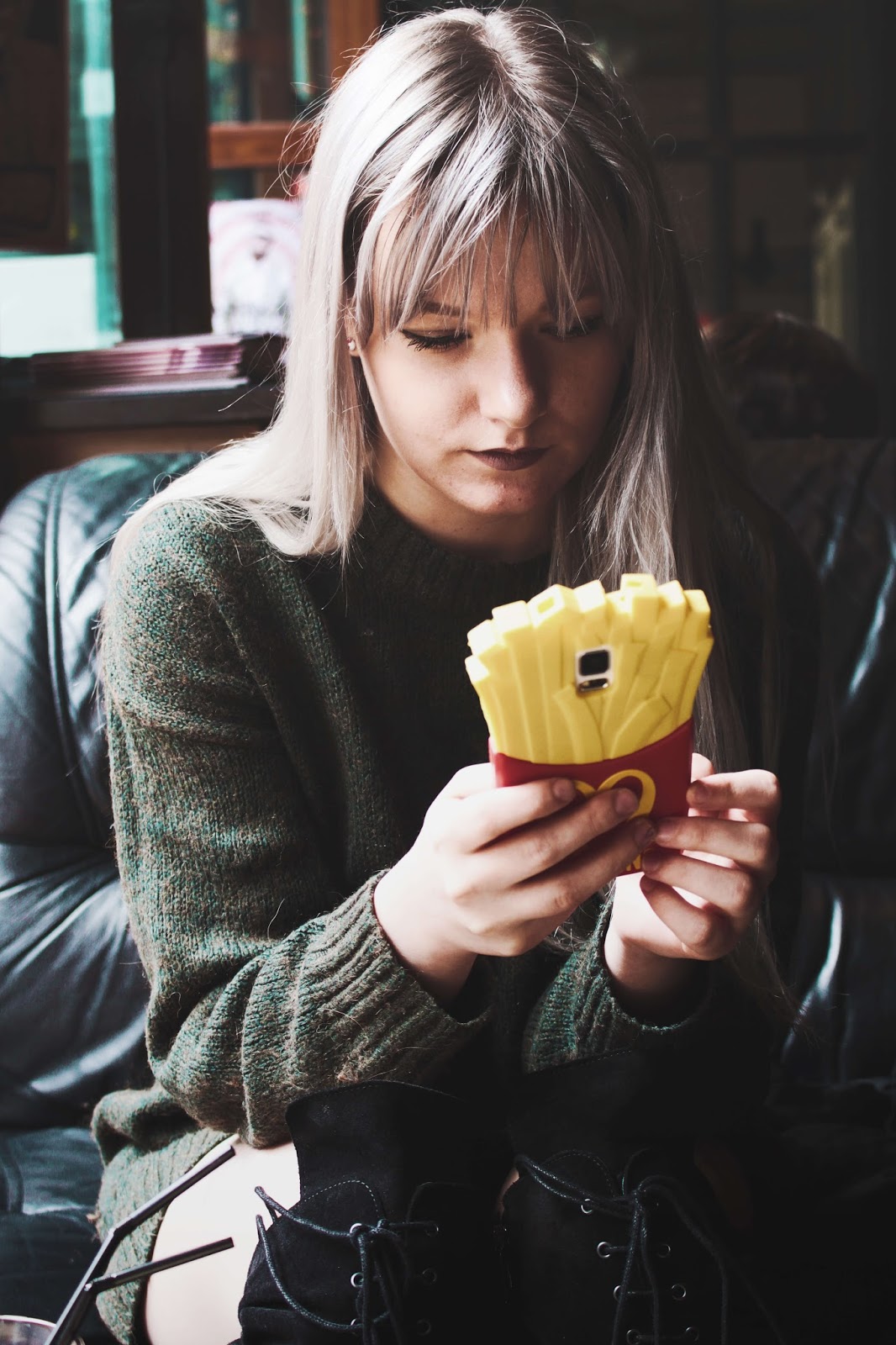 Chantel managed to snag the last mac n’ cheese of the day, lucky thing, and I decided to try the Korean style pork buns that they had on offer, see how they compared to those I’ve had in the past. Though the menu does have quite a lot of choice, and I definitely need to try the 2-for-tuesday offer on burgers at some time.

The mac n’ cheese looked fab, and I was a lil’ bit jealous but I’ve managed to stay pretty dairy free for the last year and didn’t really feel like breaking that. Pretty sure some girls walked past soon after it arrived at our table and came in because it looked that fab. Serious props.

I wasn’t expecting much from the Korean-style dishes, it’s really hard to get the taste of certain sauces right, and in all honesty I wasn’t sure what sauce they were going for with the pork? It was more a deconstructed bun, but the dough was great, the filling was a bit… bland? I’m not really sure if it was just an off day but eh. It photographed pretty well, and the rest of their menu is pretty solid. 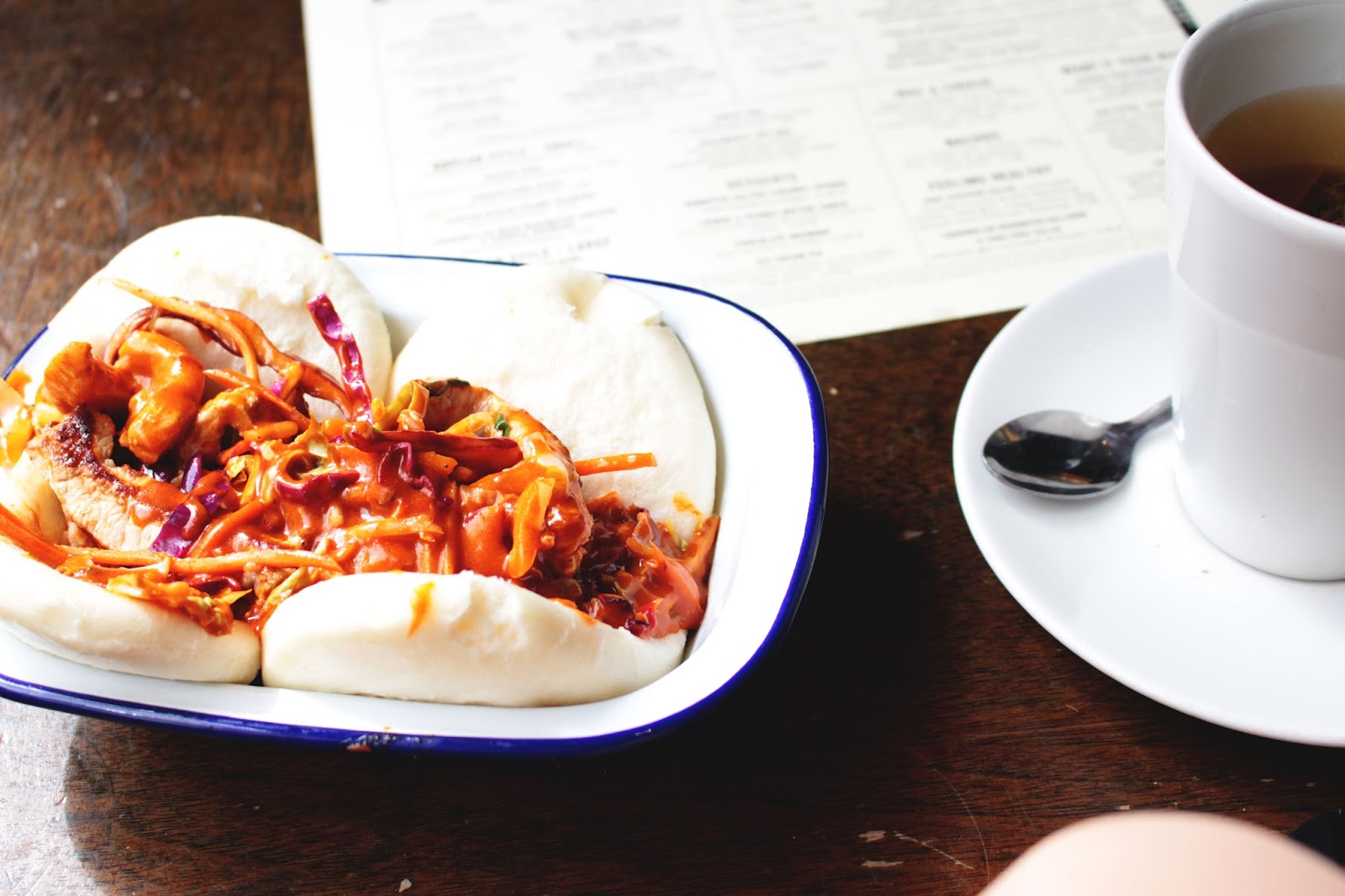 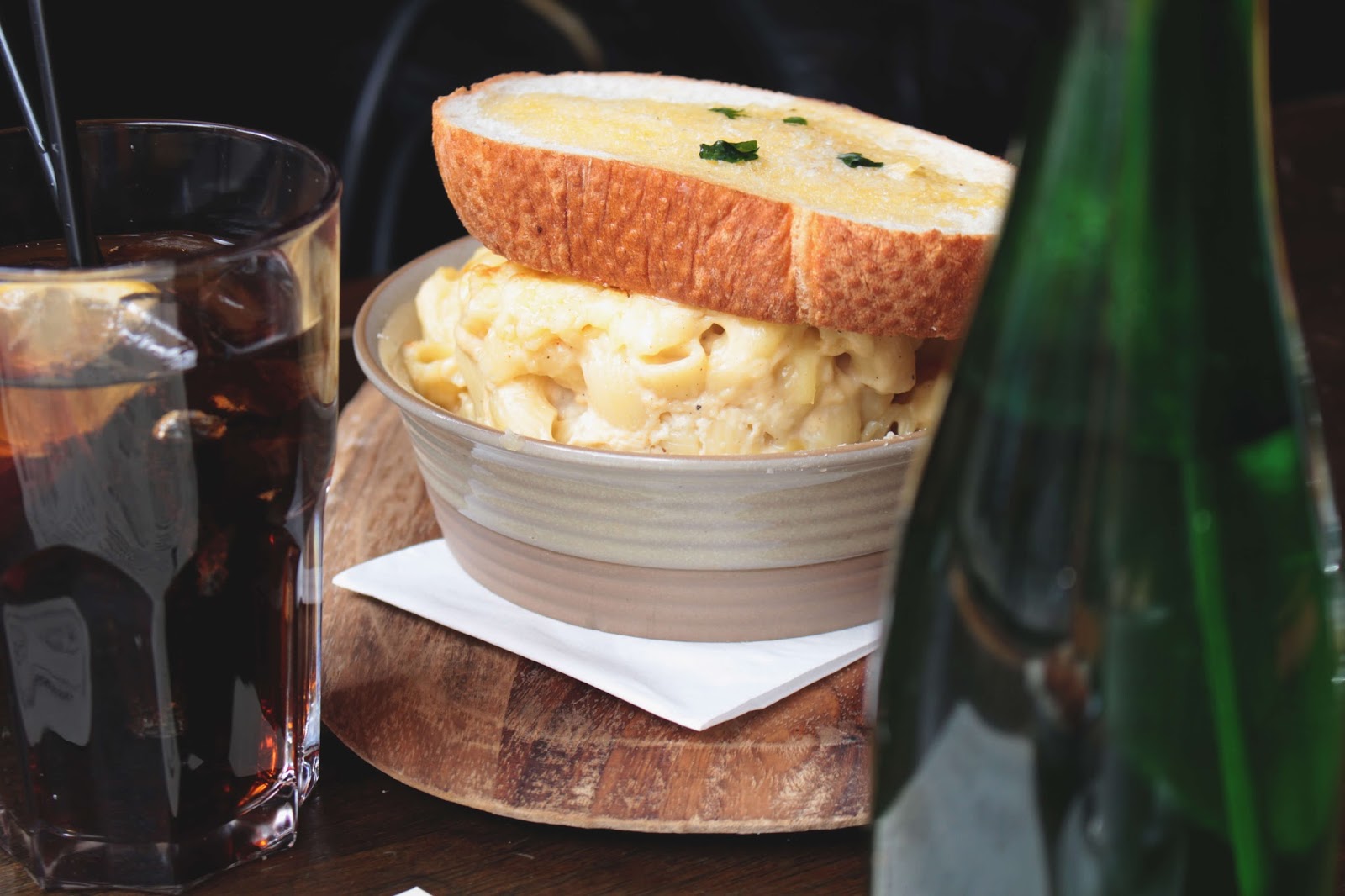 Ahh there really are a number of fab places to get food in Sheffield I wish I wasn’t so busy all the time so I could go and enjoy them. Or that eating out isn’t a luxury of the student budget. It’s also brilliant to see more restaurants incorporating more diversity into their menus, even if it is a bit hit and miss sometimes.

Let me know if there’s anywhere in London like this that you know, I need to start compiling a list of places to check out down there after I’ve graduated!

9 Grand for what: f*ck your orientalism…

Studying Abroad 4: Getting your Alien Registration…

3 responses to “Sheffield: Bungalows and Bears”